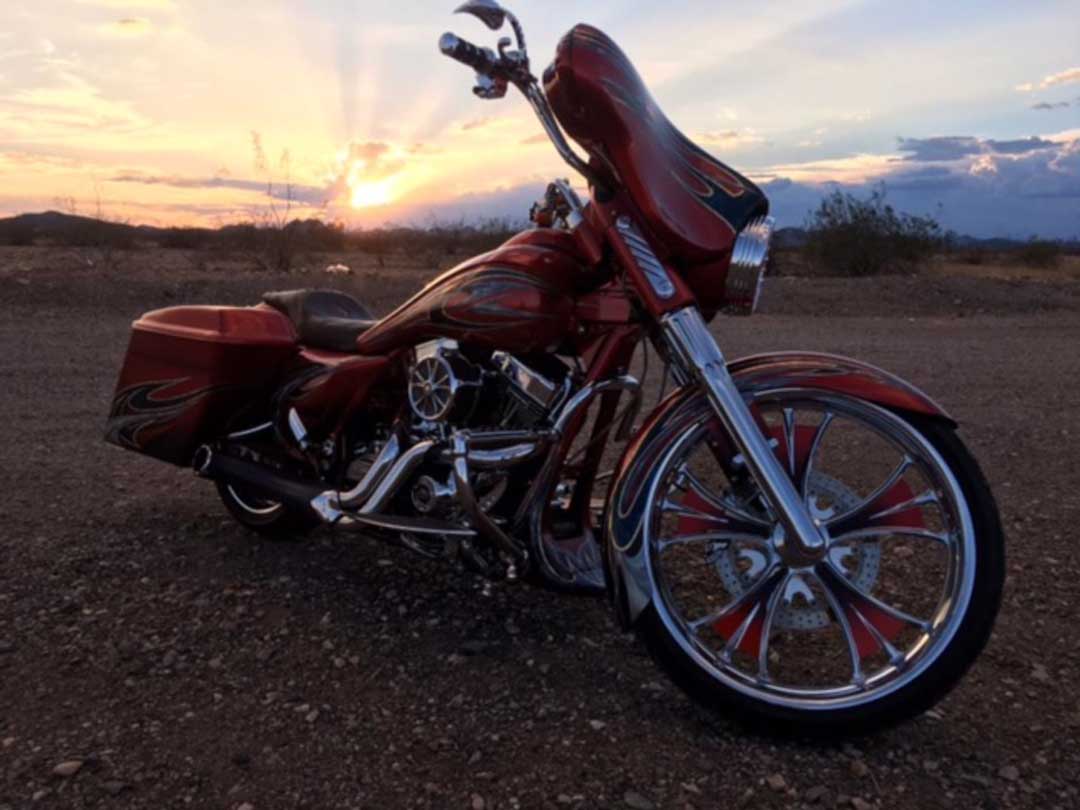 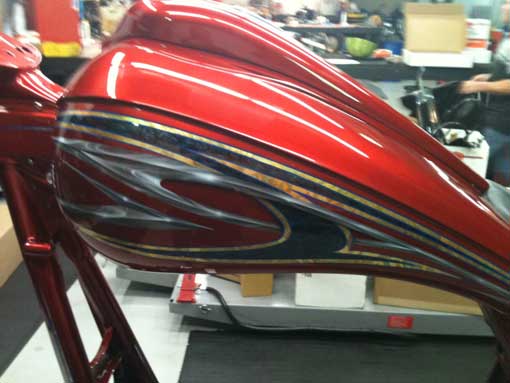 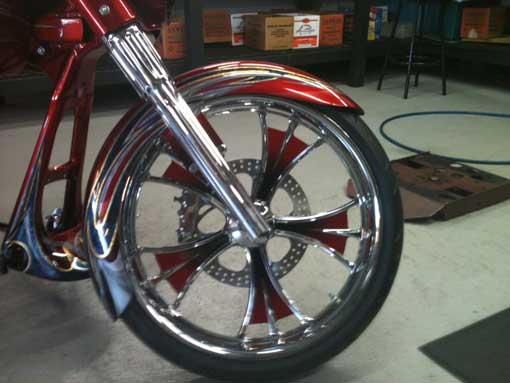 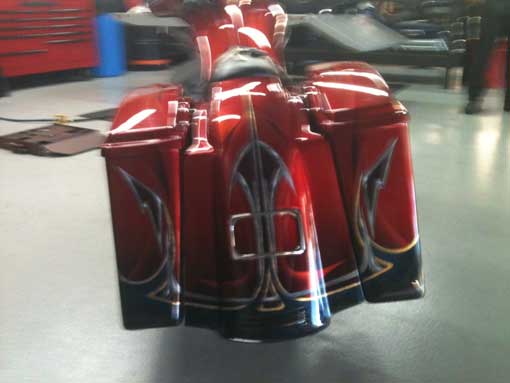 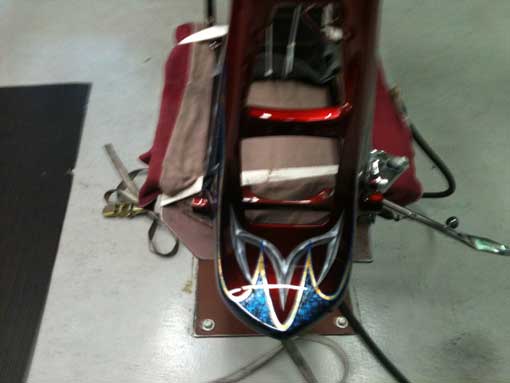 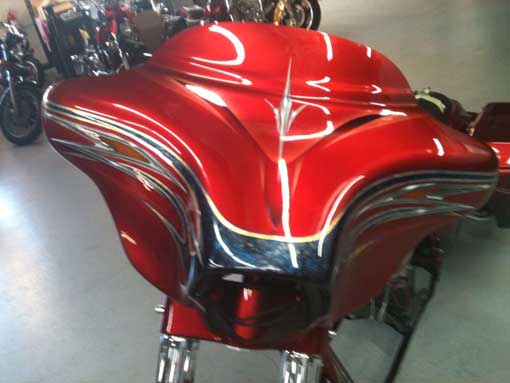 Rob met Gary Miller while working at a local Harley Davidson. Gary traditionally bought top of the line Harley Davidson CVO models. Rob and Gary got to know each other and started a conversation about Gary buying a stock style HD and doing a one off custom with it.  Gary purchased a brand new 2010 FLHTCU Harley Davidson.

Rob and Gary started putting together a plan and discussing what direction Gary wanted to go with it. Rob is especially proud of the results they accomplished with this motorcycle project. Now understand this was at the very beginning of the “Bagger” fad, so the project became a complete “frame off” custom job requiring Rob and Gary to send the frame off to Paul Yaffe so the neck could be cut for proper raking and welding. Gary spared no expense to make this a one of a kind show bike.

Customizing this bike including Performance Machine wheels, BadDad saddlebags that open by remote control, a Harley Davidson 120″ engine disassembled and sent off for diamond cutting, and a full custom paint job by world renowned painter Chris Cruz. Rob says he can go on and on about this full blown custom Harley Davidson motorcycle. It won 2nd place at THE RATS HOLE BIKE SHOW in 2012 for EXTREME FULL DRESSERS. 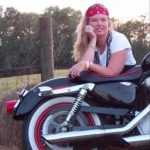